What Is An Embedded Computer? 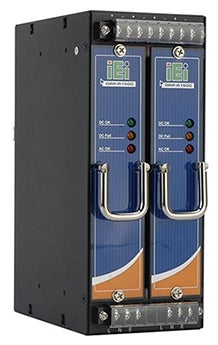 An embedded computer is a microprocessor or microcontroller-based system that is specially designed to perform specific functions. Belonging to a larger system, embedded computers come in a combination of hardware and software. They are found in many daily-used objects, including cell phones, cameras, automotive systems, etc.

Benefits of the Embedded Computer

Some of the benefits of embedded computers include:

We build to order. Have Custom Specifications ?

Although embedded computers are used in a wide range of special and specific-function systems, there are similar characteristics between them that provide benefits to the applications.

These are built tough with sophisticated cases to keep the embedded computers safe in rough conditions. Generally, these cases are made of ionized aluminum, which makes them strong, durable, and safe to use in an external environment even without extra protection. The case keeps the rugged computer resistant to corrosion, dust-proof, and humidity-resistant, allowing it to be installed outdoors without requiring any extra layer of protection. The electronics within the computer are also made to be robust and strong. The rugged industrial box PC is effective for remote facilities, such as offshore oil rigs.

Panel PCs are available with an integrated display screen and keyboard, and occasionally an all-in-one touchscreen. These PCs can be changed or expanded with different I/O modules as per the industry standard. These embedded computers are created to provide better and easier interaction with humans through its screens and interfaces. Some Panel PCs feature touchscreens that can be controlled through work gloves, and are protected from toxic materials and shock. Panel PCs are ideal for places where people may not be able to access, such as food processing machines, big robot arms, packaging industry, and more.

These are low-computing embedded computers that are small in size and are available at a cheaper cost. Mini PCs are ideal for use in small confined places where some intelligence is needed. For example, a mini PC embedded computer would work very well as a security device in network installations, such as a Firewall or a VPN router. It is often used in manufacturing facilities or industrial installations that require constant operation and security in harsh conditions.

In-vehicle embedded computers are designed to be installed in vehicles. They are rugged fanless devices that can withstand vibration, harsh temperature, humidity, and dust, as well as operate in a wide range of temperature. They also feature wireless capabilities to support mobility and long range communications, and are suitable for applications including emergency response vehicles such as ambulance, police or firefighters.

The IoT gateway works like a bridge between different types of communication technologies, which can vary in terms of connectivity types, interfaces, or protocols. The IoT gateway provides a connection between the IoT sensors and the Internet, collecting data from external sources, translating protocols and pre-processing the data.

We build to order. Check our Embedded Computers 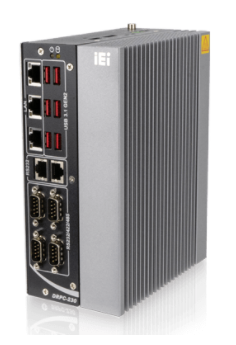 Embedded computers know by several names like Box PC, Gateway, Controller, or Industrial PC, but an embedded PC is a specially designed computer system that is installed in different bigger devices or systems. Embedded computers are available in numerous shapes and sizes that can be found in a small ARM-based device to bigger military gadgets. Embedded computers play a crucial role in connecting machines, people, places, things, and the cloud and it is a key factor to evolve the Internet of Things.

The Advantages of an Embedded System

Embedded computers have many advantages, including:

What Are Embedded Computers Used For?

Embedded computers are present everywhere, from large and important devices like data collection devices in solar arrays and navigation equipment on NASA’s planetary rovers, to other smaller scale devices such as complex digital signage displays and modern interactive kiosks.

Most Popular Applications For Embedded Computers

General computers or desktops have a traditional motherboard that allows its components to be replaced or extended. Embedded computers, however, have all their components burned-in in the motherboard or printed circuit board, and cannot be expanded.

Another difference is that general computers support external devices and peripherals, and can be developed as per the latest technology, but embedded computers are limited to a few devices.

Embedded computers are the most used microprocessor in the present world. It plays a vital role in developing advanced gadgets to fulfill the present requirements.

We build to order. Contact us for a Custom Specifications

Tekdis is thrilled to announce the NEW Sierra XR series – Supercharged 5G Gateways, which offers ALMS OOBM (Out of Band Management) via an independent LPWA network.

For external mount antennas, which are installed on vehicles or in exposed sites, Ingress Protection (IP) is a critical aspect of the product design

An embedded computer is a microprocessor or microcontroller-based system that is specially designed to perform specific functions.

When it comes to digital entertainment, modern technology has lots to offer.